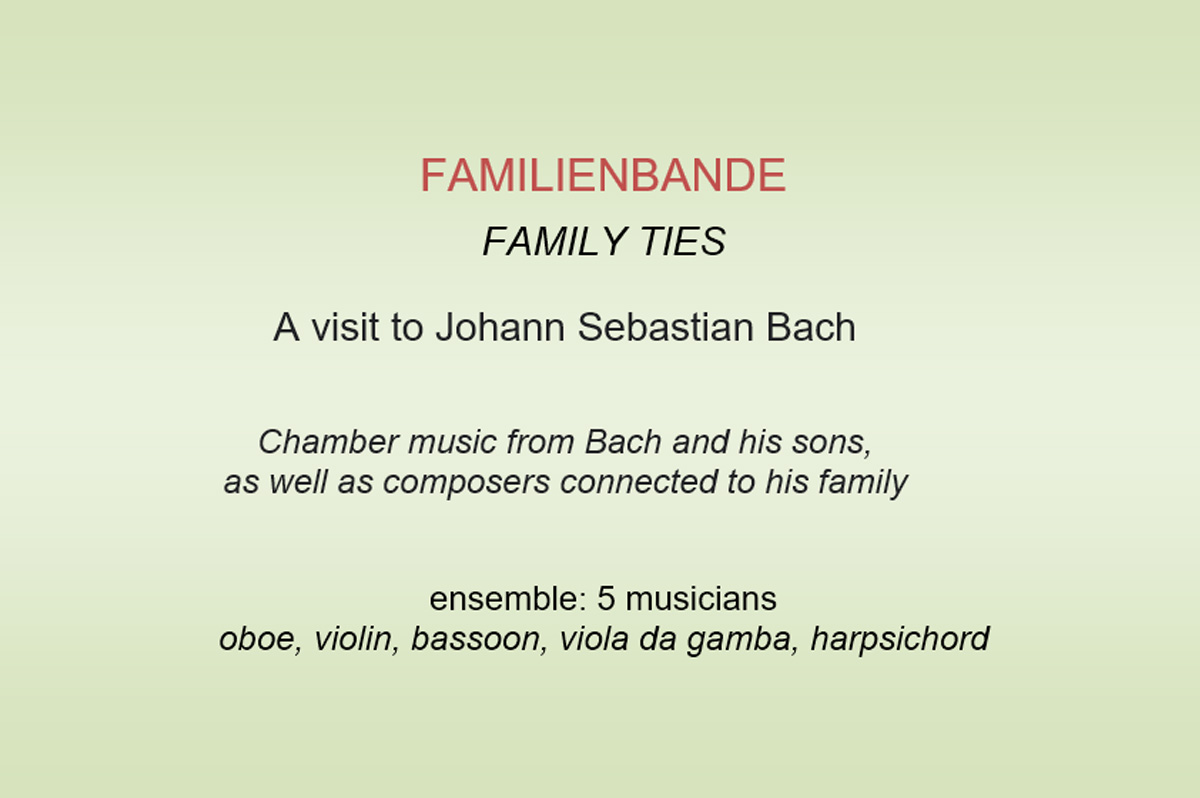 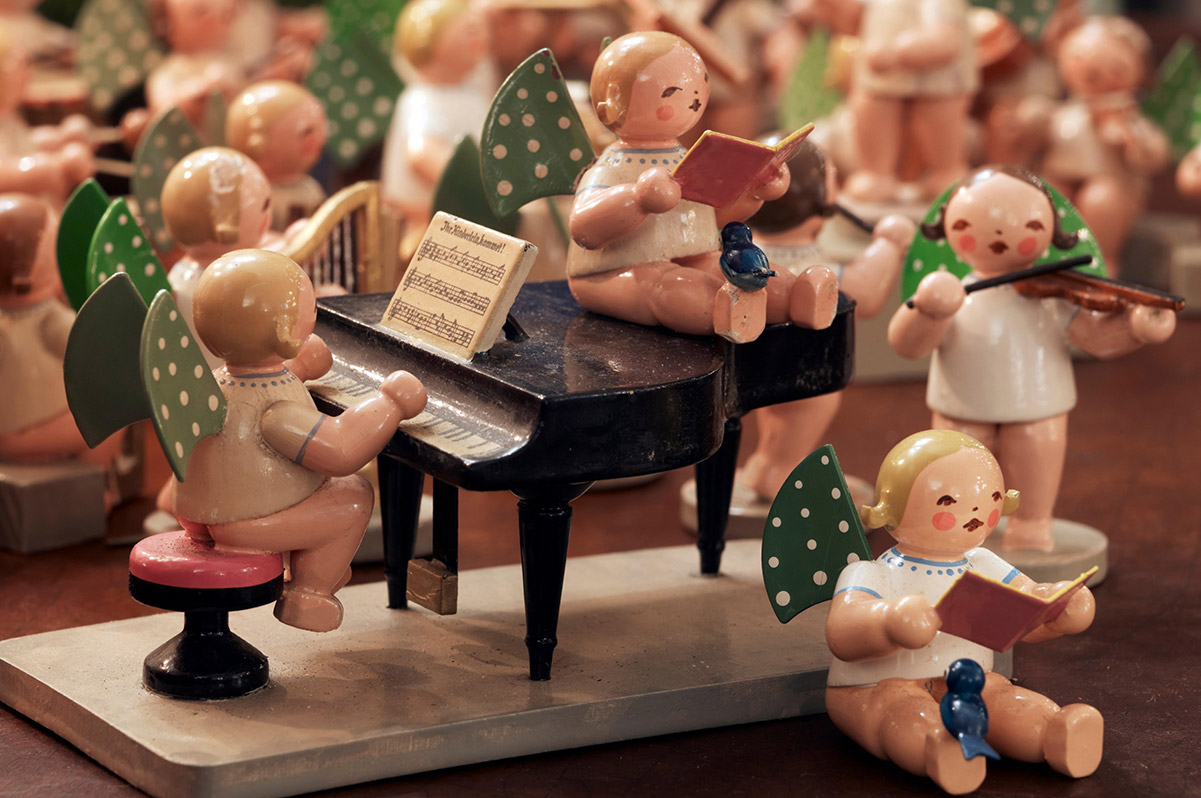 “Bach is the father, we are his sons. Who among us knows how to do it, learned it from him.”

“Family Ties” is dedicated to the Bach family: Johann Sebastian and his composer sons, as well as other composers who befriended the Bachs.

In 1735, J.S. Bach wrote a remarkable chronicle of “The Origin of the Bach Musician Family”, which includes a short biography of 53 members of his family. It can be traced back to the 16th century on the male side, and was made up of several generations of renowned city composers, organists and musicians.

The women of the family also benefited from a musical education: Bach’s first wife, Marie Barbara, was the daughter of a respected organist and composer, and grew up with music. From this marriage were born Willhelm Friedemann and Carl Philipp Emanuel, among others.

A year after the unexpected death of his wife, the 36-year-old widower married the young Anna Magdalena Wilcke, the daughter of a popular court trumpeter. During their marriage, Anna Magdalena became an important assistant to her husband, completing many copies of his works, teaching music to the children of the family, as well as being a singer and playing the harpsichord.

It is interesting to juxtapose the “Kontrapunktiker Bach” with his highly respected contemporaries, such as Stölzel, Fasch and Telemann, whose compositional style might seem to be more accessible and “fashionable” compared to Bach’s “scholarly style”.

Bach’s sons are among the most important composers of the period of transition from baroque to classical, and were essential precursors for Haydn, Mozart and Beethoven. While Wilhelm Friedemann and Carl Philipp Emanuel were primarily responsible for shaping the North German “sentimental style” and the “Sturm und Drang” musical aesthetic, Johann Christian developed a sound language emanating from the “gallant style” particularly influenced by the cantabilità of Italian opera.