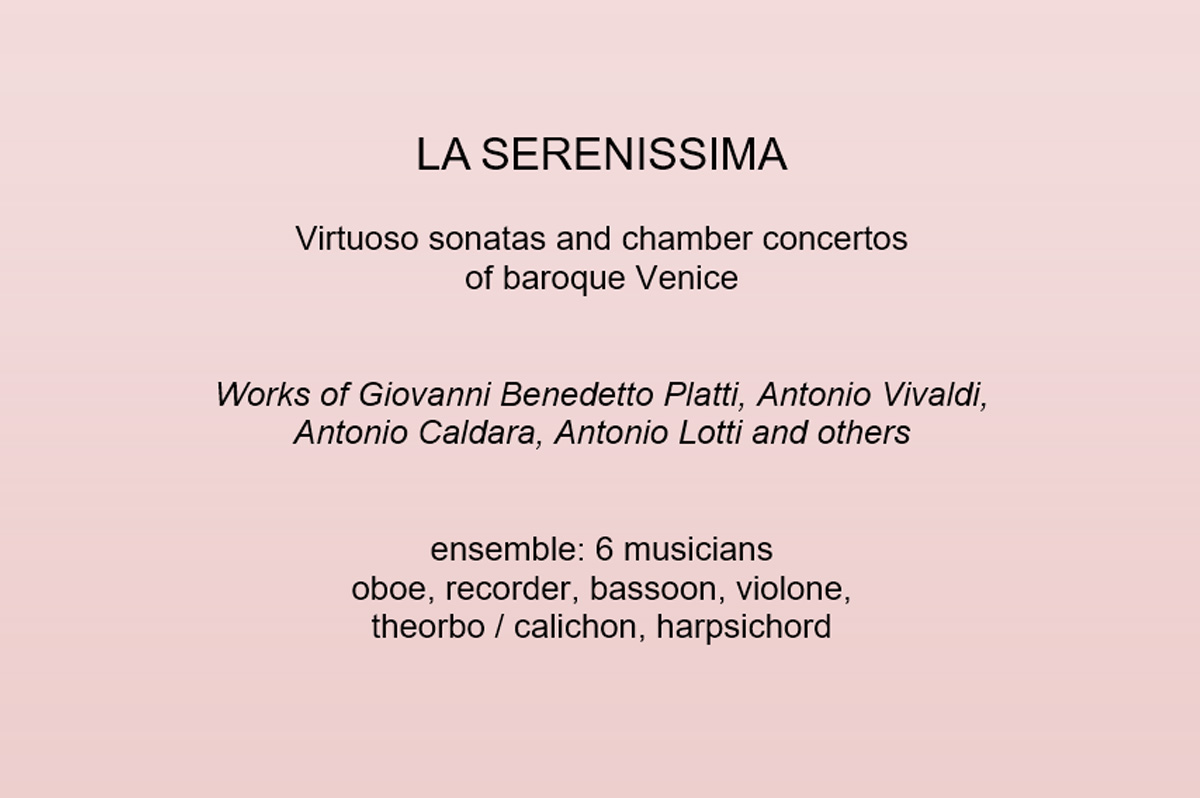 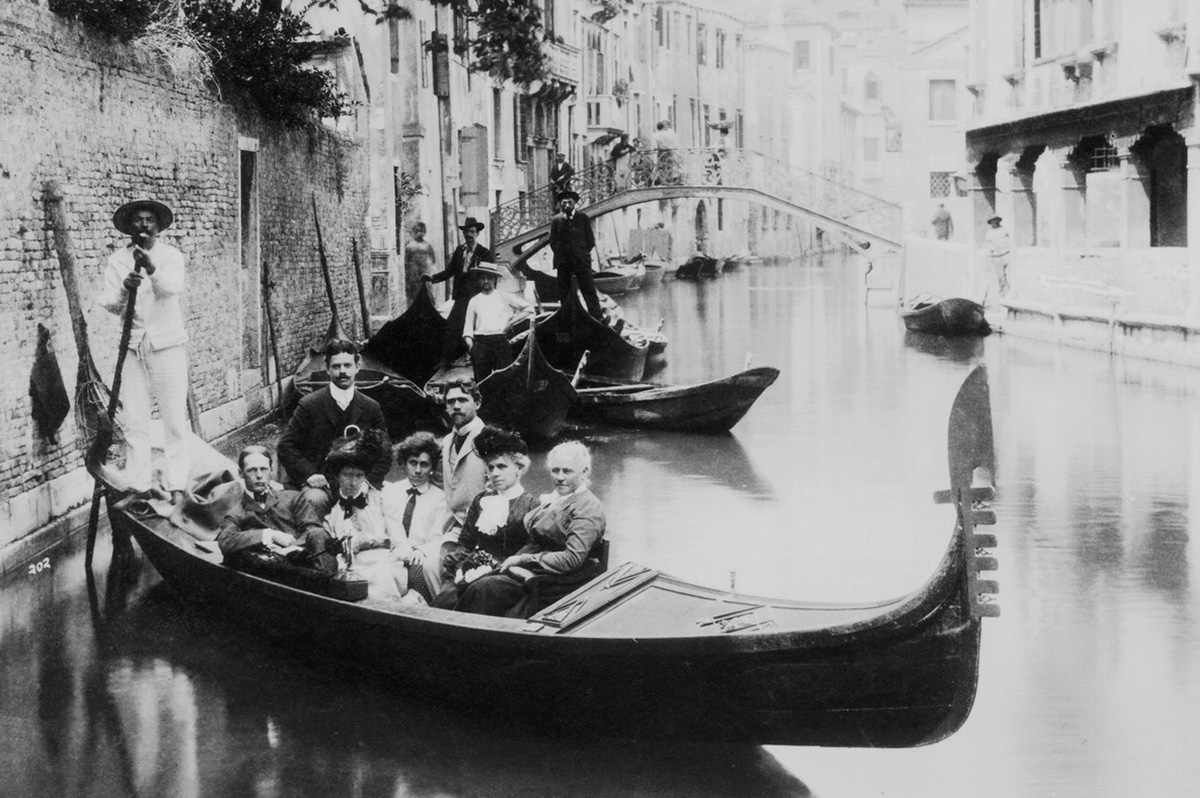 This concert program emphasizes the variety of chamber music for wind instruments of the woodwind family in Baroque Venice.

La Serenissima was the nickname of the Republic of Venice which, in the Baroque era, was not only a commercial and colonial power, but also positioned itself as an important cultural and luxury centre.

Musically, the multitude of international visitors marvelled at the beauty of the ecclesiastical music of Saint Marc’s, of the modern opera and especially of the famous Ospedali, which were known throughout Europe: orphan girls could benefit from a unique instrumental and singing education in these social establishments, under the direction of authorities such as Antonio Vivaldi.

Some of these girls also gravitated towards wind instruments such as the oboe, flute or bassoon, which was very rare for women at that time. Starting from the end of the 17th century, more and more music began to be composed for these new instruments of French origin in Venice.

The fresh virtuosity of the Venetian style, with its extravagant contrasts in time, its dynamics and variety of sounds, was very popular in northern Europe, particularly in Vienna. Thanks to the particular affinity of the Habsburgs for Venice, one could meet many artistic personalities from the Serenissima to the court of Vienna over the centuries.