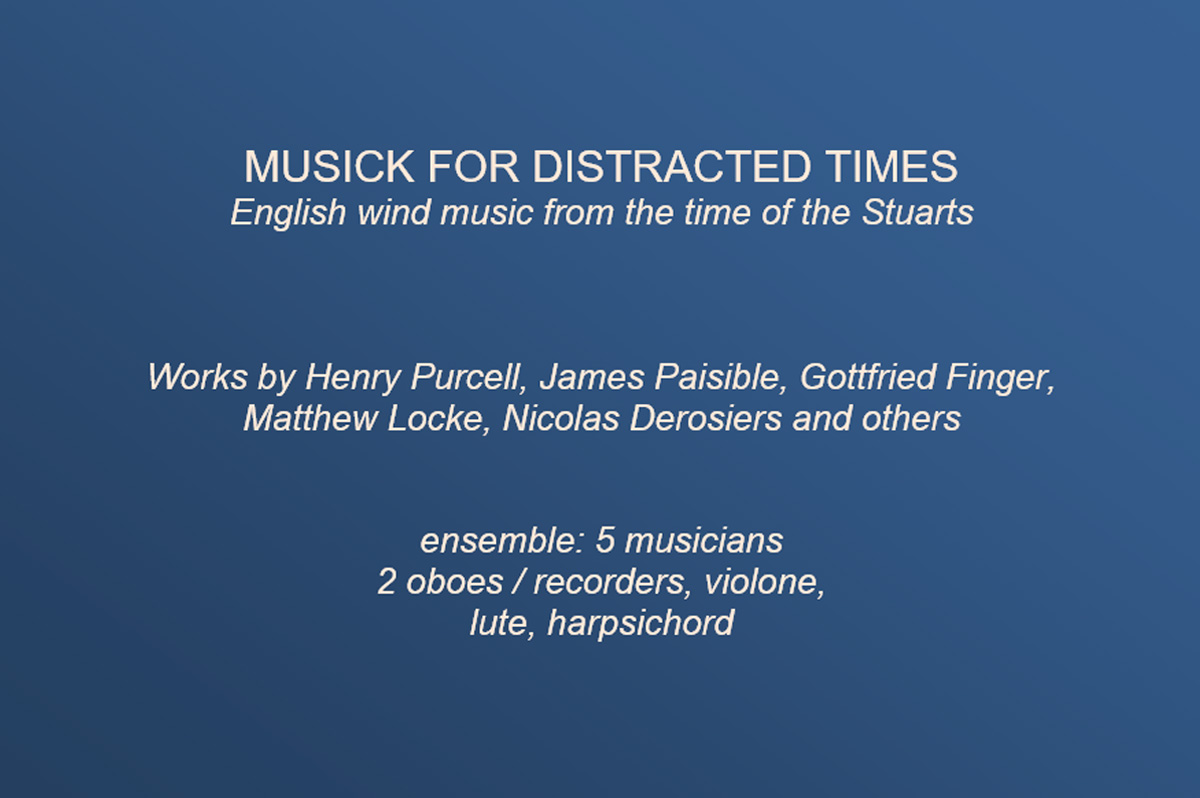 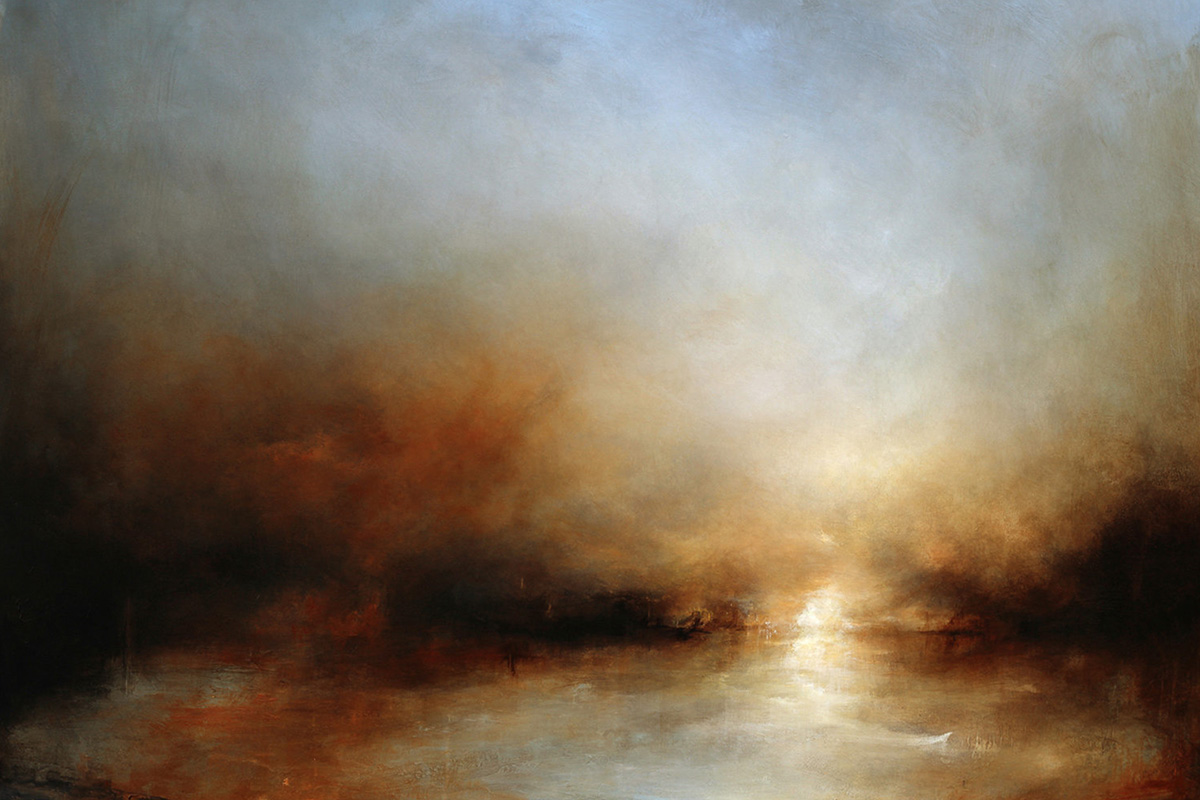 English wind music from the time of the Stuarts

This concert program is rooted in the turbulent history of 17th century England.

In 1649, at the height of the civil war – that is to say, the execution in the public square of King Charles I – Thomas Tomkins composed the “Sad Pavan for these distracted times”, drawing its inspiration from a feeling of deepest anxiety.

Although court and church music were abolished under Cromwell’s ensuing Commonwealth, music itself was not fundamentally prohibited. Important performances of Matthew Locke’s early theatrical music took place around this time. After the restoration of the crown under Charles II in 1660, Locke found favour with the king and played a leading role in court music.

Under the growing influence of foreign, and particularly French, musicians, new instruments were introduced into the English court. Thus, among the newcomers, we find excellent French oboists and flutists gravitating around Jacques Paisible, who all contributed to developing a taste for the oboe in England.

Other instruments, such as the viola da gamba or the recorder, had long enjoyed the approval of English gentlemen-amateurs. The impressions of “divisions”, collections of famous melodies and songs declined in many variations, were particularly appreciated.

James II also hired international composers and musicians in his court chapel, such as the harpsichordist Giovanni Battista Draghi or Gottfried Finger, who came from Moravia.

After James II was deposed, Louis XIV offered him exile near Versailles. Nicolas Derosier colourfully incorporated the escape of James into his programmatic sequel entitled La fuitte du Roy d’Angleterre (“The English King’s Flight”). Even in exile, James had one of the richest court chapels, whose leader, Innocenzo Fede, produced sumptuous sonatas for the recorder.

Following the glorious revolution, James’s daughter Mary II and her husband William of Orange ascended to the throne of England. The beloved Queen Mary was the inspiration for Henry Purcell’s semi-opera, “The Fairy Queen”.

In 1702, her sister Anne was crowned the last monarch under the Stuarts. In her court music shone the same group of oboists as under Jacques Paisible, which was already performing as an entertainment ensemble for the mistress of Charles II, and played a funeral march at the funeral of Queen Mary.