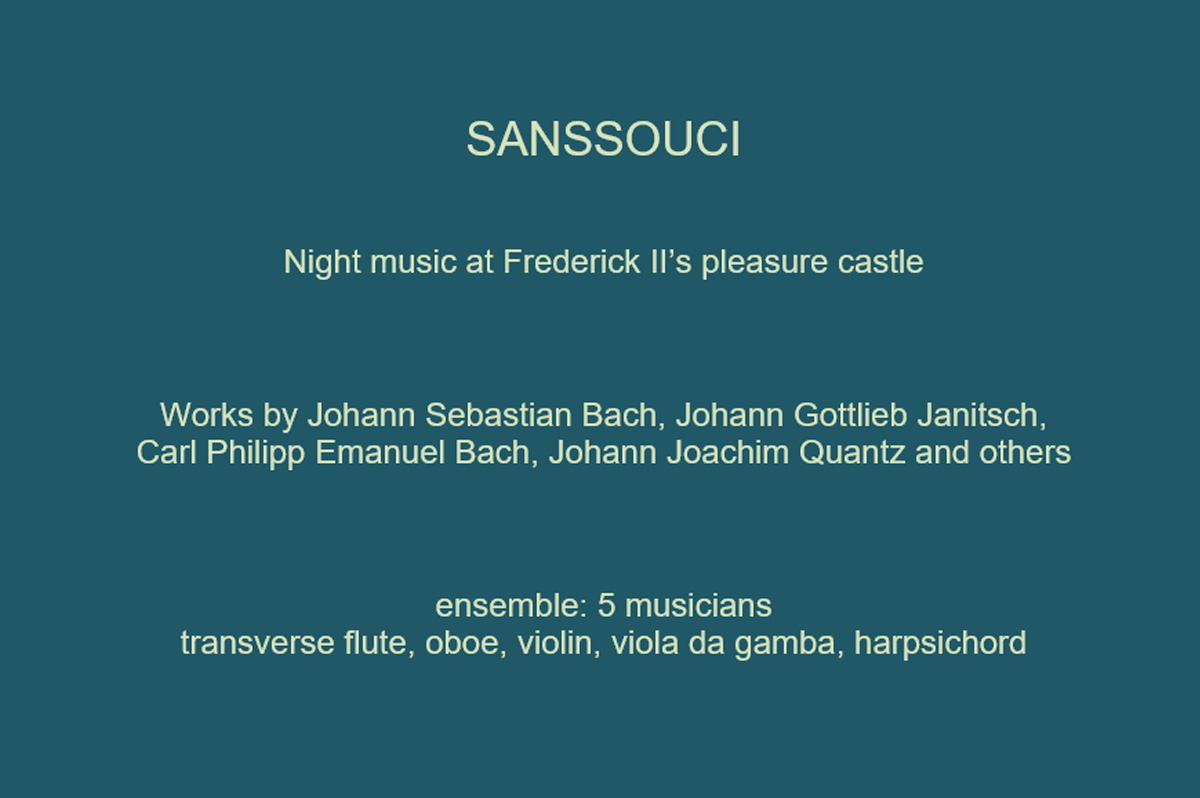 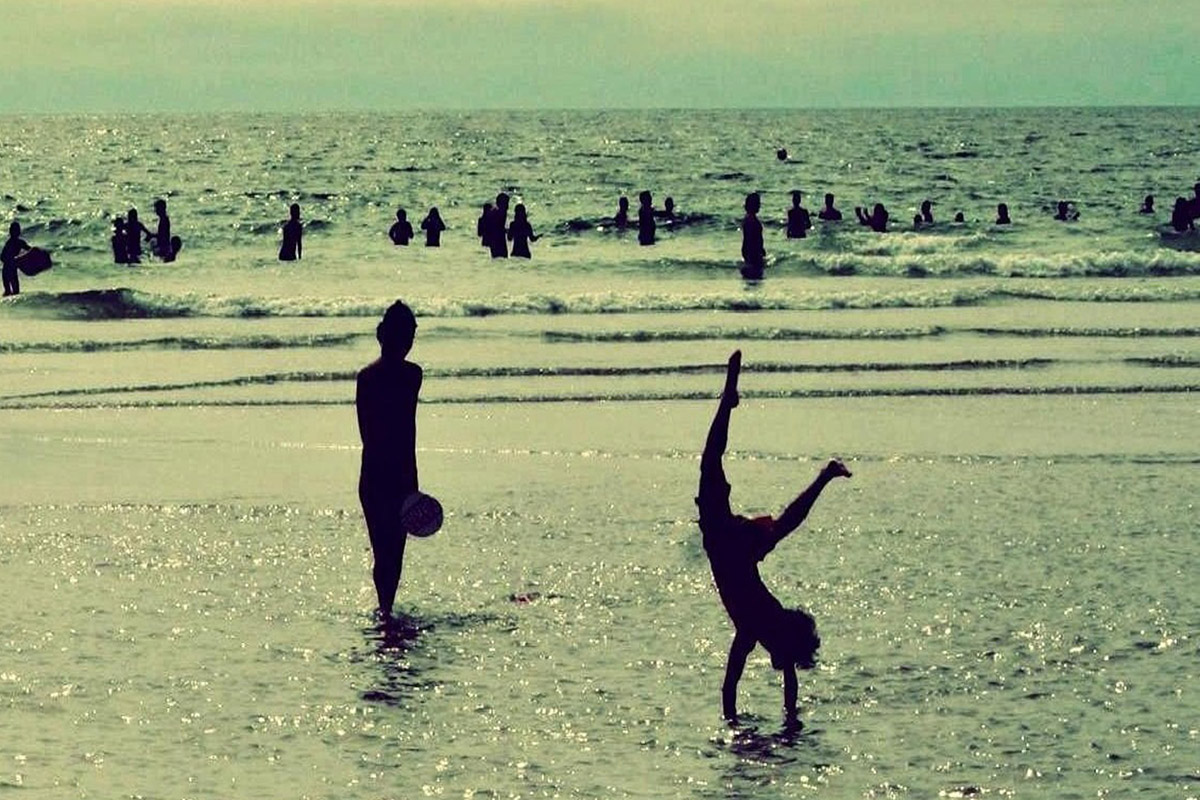 Court music took on an importance under Frederick the Great that it never gained under any other head of state at the time. In addition to literature (for example, a close correspondence with Voltaire), the Prussian king devoted himself particularly to music. He was known to be an excellent flutist and a talented composer. The Potsdam summer palace, the Sans-Souci, which he designed himself, was solely dedicated to the pursuit of these private needs.

Already as Crown Prince, Frederick hired renowned musical personalities, such as Johann Gottlieb Janitsch at the Rheinsberg Palace. As a composer, the monarch oriented himself towards the works of his daily flute teacher, Johann Joachim Quantz. However, Frederick’s compositions were intended solely for himself, and were neither printed nor performed in public during his lifetime.

A notorious event in the history of music was Frederick’s invitation to Johann Sebastian Bach to the Prussian court, which was presumably transmitted via Bach’s son and court harpsichordist Carl Philippe Emanuel. “The Musical Offering,” a free collection of counterpoint works, arose out of the masterful improvisation of fugues on the royal theme commissioned by the king himself.

Johann Christian Bach followed his brother Carl Philipp Emanuel, who had trained him into an excellent pianist, to Berlin in 1750, although he also received strong musical impulses from Carl Heinrich and Johann Gottlieb Graun. The two brothers were chapel masters at the new court opera Unter den Linden, or better yet, concert masters of the royal opera orchestra in Frederick’s service.